If you have a Windows XP machine on your network your entire system is now vulnerable. Since Microsoft stopped patching XP the chances of the machine picking up an infection and spreading it across your network have increased. 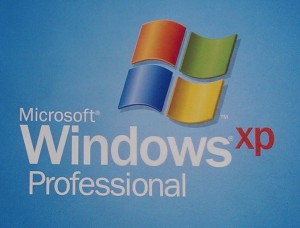 As of Tuesday the 8th April 2014 Microsoft are no longer releasing security updates and bug fixes for Windows XP.

This means that any machines you have that are running XP and the networks they reside on are vulnerable to attack from the bad guys.

An example of a potential infection is CryptoLocker which scrambles your data and then demands a ransom to unscramble it. There is no fix for it and you either pay some very dubious business in Russia £500 or have to restore all your data from your last back up.

This will causes significant disruption. You will incur costs to recover, staff will be unproductive, and your reputation could suffer. Ultimately it will hit your profits. You will feel stressed, frustrated and vulnerable.

There is plenty of advice out there on how to continue to live with Windows XP or to rebuild your old machine with Linux. In my opinion, however, you will sleep better at night if you replace all your XP machines as quickly as possible.

Some will be straight forward but others may be more difficult. This is true particularly where the XP machine is running a specific piece of software that is not compatible with a newer machine.

You will also be faced with a choice of new device. It’s no longer just a question of replacing a PC with another PC. You might want a laptop, a tablet or some form of hybrid device.

I’d urge you, however, not to let these inconveniences delay your decision. The risk to your business is too great. If moving from Windows XP all feels a bit overwhelming then get in touch with us (whoever you are) and we can give you some great free advice on how to get the ball rolling.